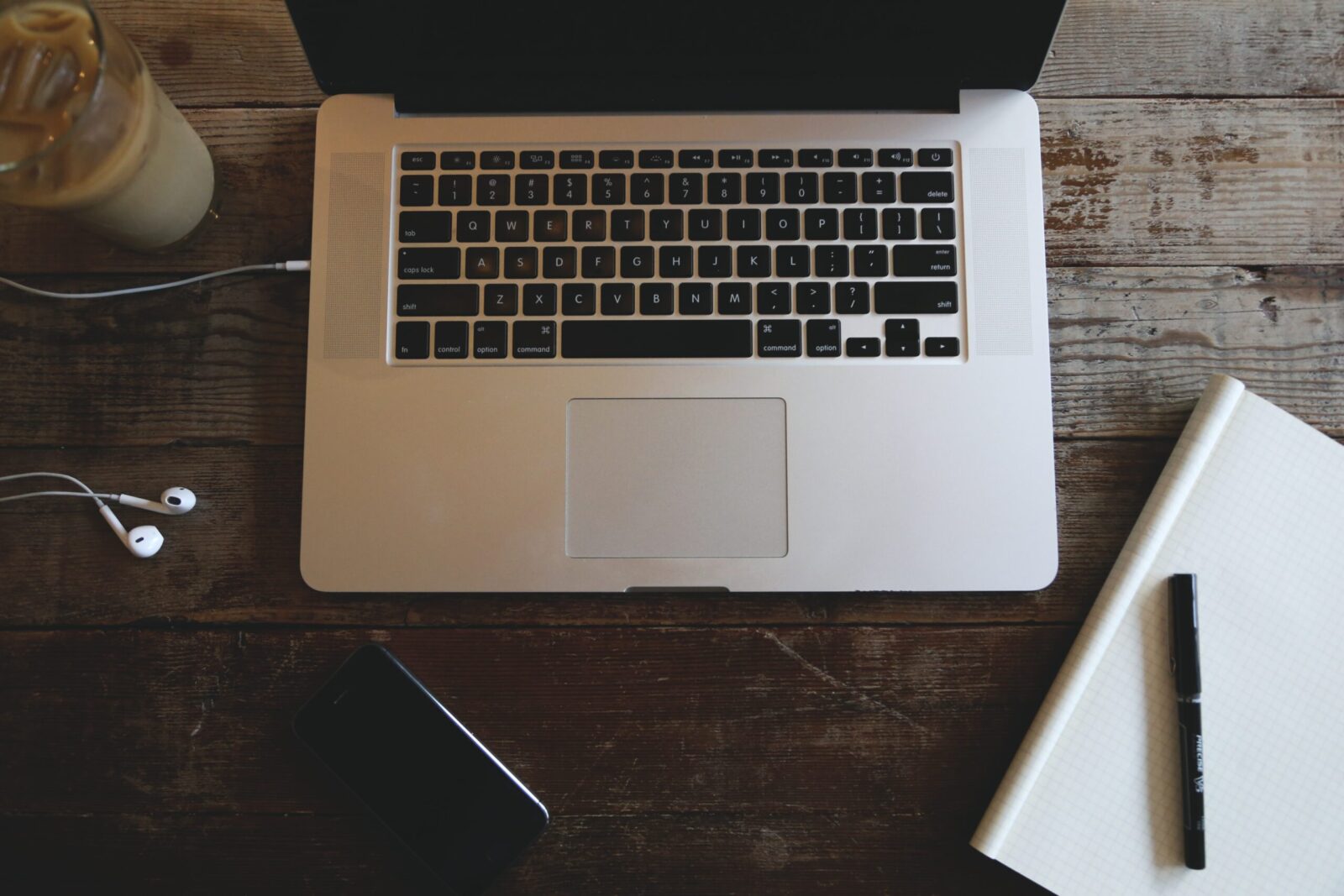 The quest for innovation and ingenuity has never been fiercer. With an increasingly demanding customer base, our industry needs to keep making huge strides just to stand still. Yet it can be hard to find time to focus on the future, such is the make up of our day-to-day work.

A five-year plan feels a long way off when delivery delays and product quality issues need resolving by the end of the week. At the latest. Heck, even planning for next season can feel like a luxury when you have countless attendance-critical meetings, 200+ unread emails, and that long-haul trip you’ve been putting off since last quarter.

Many big businesses around the world now find themselves just two years away from the culmination of their “Project 2020” work – a quick Google search of which delivers over 5.5m results. How many teams within those companies, with grand plans of product launches that would not only disrupt the industry but fundamentally change the world, suddenly find themselves panicked at the rapid approach of a deadline which no doubt felt far into the future when the white papers were drawn up?

For the fashion industry of today there are two streams of work that are required to run in parallel, yet can have a negative impact on each other. One is creativity, the other is immediacy. Creative work requires space, courage, and focus. Immediate work requires urgency, clear thinking and, equally, focus.

But switching focus between a creative project and an immediate need, and back again, can be a thankless task. It was the social psychologist, Roy F. Baumeister, who coined the term “decision fatigue”, and noted that making decisions across a spectrum of topics leads to a deterioration in the quality of these decisions over the course of a day. Even Barack Obama famously told Vanity Fair that he would wear only grey or blue suits in order to pare down his daily decision count.

So, what if you could be the driving force behind the strategy and management of a creative initiative but were free to focus on urgent tasks and communication? You could be safe in the knowledge that “the big idea”, the thing that isn’t quite as urgent as that email you just received, was still manifesting without the need for constant attention.

What if it was in the hands of a trusted team who completely “gets it”, and has the space, courage and focus to deliver against your strategy? But then there’s the people management. That, too, takes time. What if there was no need for constant check-ins, no concerns about planning their vacation, or if they’ll be headhunted by a rival organisation? They could be activated when you need them, and cut free when you don’t.

It sounds a little too good to be true, doesn’t it? The notion that a large, and important, chunk of your work could be delivered effectively whilst saving you time, and the company money, appears fanciful at best.

But it may be more accessible than you think.

Companies are increasingly looking outward for their creative answers, and finding focused experts who can dedicate themselves to the future, whilst you handle the today. It’s an idea we can call “decentralised creativity”. In some cases it can feel like a leap of faith, but there is plenty of evidence that it pays off.

A decentralised approach, says Thomas W. Malone in The Future of Work, encourages motivation and creativity, allows many minds to work on the same problem, and accommodates flexibility and individualisation. So not only can outsourcing creative work allow you to stay focused on the immediacy of the tasks in hand, it can yield even greater results than keeping it in-house.

The budgetary aspect of decentralised creativity is worth further exploration too. The cost of running a broad and deep design or innovation team with an experienced leader can be prohibitive for many companies. This alternative method, though, presents an almost limitless talent pool that can be drawn upon as and when required.

If we look at some examples of the cost efficiency of decentralisation in other industries, the benefits become clear. Airbnb is the world’s largest accommodation provider, but owns no real estate. Uber is the largest taxi company, but doesn’t own a fleet of vehicles. Alibaba is the most valuable retailer, but holds no inventory. You can see how this starts to make sense.

Back in 2016, having held executive level creative roles for a number of years, my business partner – Craig Buglass – and I, elected to set up a virtual design agency based on the premises outlined above. We’d previously been in the position of building seasonal and long-term strategies around design and innovation for huge brands, but finding they were additional plates to keep spinning rather than the North Star of the business. At least, until the relevant update meetings appeared in the weekly agenda.

We thought long and hard about the challenges facing businesses in the fashion industry, and across other design disciplines, and found some recurring themes. Teams were ever busier, budgets ever tighter, and the thirst for new ideas was becoming unquenchable. We talked at length about what skills we would have wanted at our disposal during our corporate tenures, and what tools would be required to make it possible to unite those skills as required. Spark was formed.

Spark is a global network of creatives who are activated and brought together based on the needs of a given brief. This means that, unlike an in-house team or a typical agency, there are no boundaries to what can be created. If a project requires an expert on sports bras, or sustainability, or wearable tech, the right people are assigned to the work. This answered the question about what skills we would have wanted at our disposal – essentially, all of them.

The role of Craig and I at Spark is officially “ Creative Director”. This means that all work created within the network is driven and directed by us, and doesn’t go to the client until we’re certain it meets their needs. Effectively, we’re the underwriters of quality. Our job is to remove the hassle of finding the right person in the field, and remove the risk of working with someone who may, to you, be an unknown entity. For some projects and clients, we carry the work out ourselves. It all depends on what is required. 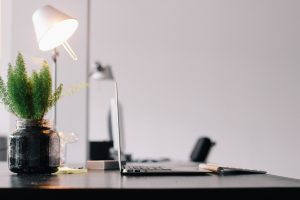 It wouldn’t be unfair to question how it’s possible to have individuals working on a project from different locations around the world. But realistically, that’s how many companies already operate. Even a team that is entirely based in one office may rarely be in the same location at the same time. The mobile phone got smarter, and the laptop got more powerful, so our office is wherever we are. That includes in aeroplanes, restaurants, and even in bed.

The tools that we use every day to communicate are becoming less about instant messaging and increasingly about collaboration. Viber is an app that was launched in 2010 as an alternative to Skype, allowing VoIP calling and instant messaging across mobile phone platforms. Within 3 years it had added desktop versions, and by the end of 2017 has exceeded 1 billion users. It began life as a means of communication with an element of fun, but now offers group chat, screen sharing, and file transfers up to 200MB.

We’re used to having access to our inbox at all times, and specialist collaboration software like Slack and Basecamp allow a more user-friendly experience than emails and servers. Even Facebook have added “Workplace” as a feature that allows teams and businesses to connect via a familiar platform. With the dawning of Google Drive, Dropbox, iCloud Drive, Microsoft OneDrive and countless other storage options, we can essentially access all our files wherever we have a decent Internet connection.

Google Docs has become a standard collaboration platform across multiple sectors for written and financial documents, whilst Keynote – Apple’s version of PowerPoint, originally created for Steve Jobs to build his legendary presentations – now allows multiple users to edit a document in real time. Gone are the days of standing over a colleague’s shoulder and giving feedback on a piece of work, instead the option to amend and edit together saves time and delivers stunning results.

As the ways of working have adapted to not only support but also encourage a decentralised model, so it is expected that the workforce will follow suit. By 2020, millennials will make up 50% of the global workforce. The largest generation ever, they’ve grown up in a digital world where time and location are elastic. Global travel has never been easier, and business spans multiple time zones as the “always-on” approach means being available when required. So used to being permanently connected, and so familiar with increasingly powerful means of communication, it would be no surprise for millennials to see the notion of a corporate headquarters as something rather alien.

Considering all of the above, it’s easy to understand the human benefits of a decentralised model. The flexibility to work at times to suit the individual, and to live wherever they choose – often allowing them to be fully immersed in a market or consumer tribe that relates directly to their work. A closer connection to end consumers reduces the reliance on trend prediction companies and increases the amount of insight flowing into an organisation. Value for the company, and the opportunity for people to shape a life that suits them.

A recent report by cloud-based accountancy company FreshBooks concluded that the number of self-employed people in the US would triple by 2020. That’s an incredible 42 million people who will be running their own business, in the US alone, within the next 3 years. Now, clearly, not all of these people will be setting up creative enterprises, but it’s an indication that the pool for external services is becoming greater and by default will become more talent-rich too.

The model of decentralised creativity, such as that embodied by Spark, taps into a huge well of talent that can be configured to even the most exacting requirements. You’re free to give the necessary focus to the immediacy of your daily work, part of which is now the simple monitoring of the creativity you have unleashed. The scenario we imagined at the beginning of this article is already a reality for some.

So, as the deadline for Project 2020 approaches, or indeed that of any creative initiative or pursuit of innovation, perhaps the question should be as much about how to create the future as what needs to be created.

This post was originally written for WhichPLM, and can be viewed here – https://www.whichplm.com/decentralising-creativity/